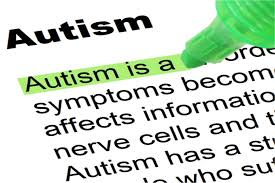 A new study of genetic factors involved causing autism spectrum disorders (ASD) draws fresh attention to the impact these illnesses have on motor skills, and more broadly on cognitive function.

“Diminished motor skills appear to be an almost universal property of children with autism,” says Professor Michael Wigler, one of three researchers including Ivan Iossifov from Cold Spring Harbor Laboratory (CSHL) and the New York Genome Center, and Andreas Buja, a statistician from The University of Pennsylvania, who led the team.

Wigler adds that careful inference from the data suggests to him that the genetic factors causing ASD broadly diminish the brain’s cognitive functions.

These genetic factors are increasingly becoming known, are of two types: inherited mutations, and what scientists call de novo mutations. The latter are changes to DNA that don’t appear in the genetic makeup of either parent and are new in the child. Damaging de novo mutations correlate with lower non-verbal IQ.  The new study finds that diminished motor skills also correlate significantly with de novo mutations in ASD.

The researchers find that the defining core behavioral components of ASD — impaired social skills and communication — do not correlate with the presence or severity of de novo mutations. A child with autism who has a severe de novo mutation is no more likely to have severely impaired social skills than is a child with autism for whom no such mutation was found, and who presumably has inherited causal factors.

Restating: the researchers now think that children who have autism as a consequence of inherited factors have less general cognitive damage than those with severe de novo mutations.

This study was based on DNA sequence and deep phenotypic data from the Simons Simplex Collection, a set of 2,760 families that have a single child affected by ASD.