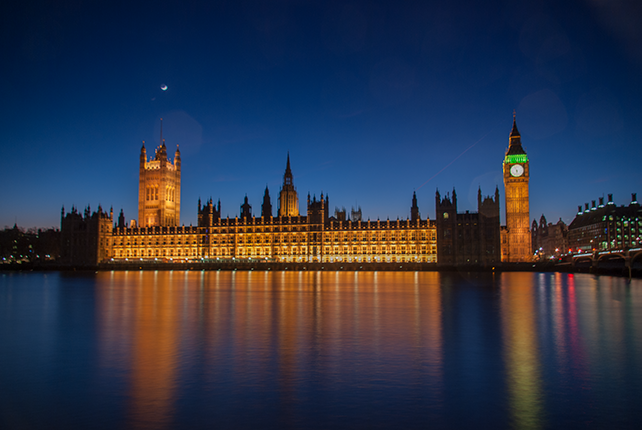 As the House of Lords today debate an amendment to the EU (Withdrawal) Bill, some of the UK’s biggest research organisations –including the British Heart Foundation – have signed a joint statement urging the Government to adopt new Clinical Trials Regulations.

The EU Clinical Trials Directive (CTD) currently regulates clinical trials across the EU, including in the UK. A new EU Clinical Trials Regulation (CTR), which aims to make trials more transparent, improve patient safety and encourage researchers to work together, is expected to come into force in 2020. This will be after the UK has officially left the EU, so the CTR will not automatically become UK law via the EU (Withdrawal) Bill. The amendment to that bill, proposed by a cross-party group of Peers, would result in the UK formally adopting the new regulations a day before exit day, thereby bringing it into UK law once we leave the EU.

Alignment of clinical trials across the EU is vital to ensuring that patients can take part in pan-EU trials, and access potentially life-saving new treatments. These are particularly important in the areas of rare disease and paediatric medicine, where patient numbers in individual EU member states are small, so recruiting enough participants for a meaningful study is difficult. The UK holds considerable expertise in these types of trials, and so not being able to take part in them would also mean that patients in the UK and across other parts of the EU could lose out.

From 2004 to 2016, researchers from the UK joined forces with researchers in other EU countries on almost 5,000 clinical trials. As the UK’s leading funder of research into heart and circulatory diseases including stroke, diabetes and vascular dementia, the BHF helps to fund numerous clinical trials, and some of our researchers have experienced first-hand the difficulties in recruiting patients for rare disease trials without looking outside the UK.

That’s why we have signed the joint statement, along with 7 other science & research organisations, to make the case for continued alignment between the UK and the EU when it comes to conducting clinical trials. We must ensure that our life-saving research can continue to benefit the 7 million people in the UK living with cardiovascular disease.

We would like to see the UK Government commit to align with the EU Clinical Trials Regulation.

UK research expertise was a driving force behind the new Clinical Trials Regulation, and as a Member State we fully agreed to it. Yet because it is now due to come into effect after we have left the EU, it will not automatically become UK law. This leaves the real possibility that we will fall out of alignment with our European partners on clinical trials; a significant hurdle for UK patients and researchers, as well as our world‐leading life sciences industry.

In this scenario we would miss the opportunity to move to a regulation that the research community agrees is a vast improvement for patient safety and trial efficiency. A failure to adopt the Regulation would make continued collaboration with our closest partners significantly harder. International collaboration is vital for clinical research, and means UK patients can continue to access potentially life‐saving experimental treatments.

It is particularly important for rare, less common and paediatric diseases, where patient populations in individual countries are often too small to recruit sufficient numbers. 75% of clinical trials in the EU involve cross‐national collaboration, and this rises to 86% for rare disease trials. Clinical trials can run over many years, and require significant planning. If researchers lack clarity as to the ease of conducting cross‐national trials, and the underlying conditions of the UK’s research environment, planning ahead becomes immeasurably difficult.

With continued uncertainty around the future of internationally collaborative research in the UK, Government commitment to align the UK with the EU Clinical Trials Regulation and to seek UK access to its underpinning infrastructure would help provide the reassurance our research community so desperately needs.