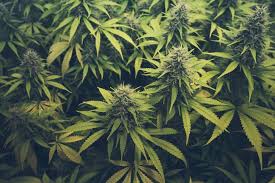 Singapore, known for some of the world’s most stringent drug laws, aims to develop medical treatments containing synthetic elements of the cannabis or marijuana plant.

The government-run National Research Foundation, a body in charge of national research and development, launched a program earlier this year to unlock the therapeutic potential of cannabinoids — chemical compounds of the cannabis plant. It’s part of the organization’s broader $25 million initiative to promote the biotech industry in the Southeast Asian nation.

The program does not focus on the plant’s psychoactive compound, tetrahydrocannabinol, or THC — that’s responsible for marijuana’s psychological effects. Cannabis plants contain more than a hundred other cannabinoids, including cannabidiol, or CBD, which isn’t thought to get people high.

Projects funded by the foundation will identify genes to create synthetic cannabinoids so researchers don’t need to grow the cannabis plant. Possession or consumption of cannabis in Singapore can result in up to 10 years of imprisonment, a $15,000 fine or both.

Citizens and permanent residents found to have consumed the substance even outside the city-state are still subject to the same penalties.

One venture is centered on developing synthetic CBD for prescription medicine and specialized treatments for Alzheimer’s, Parkinson’s and a range of other illnesses. Led by Associate Professor Yew Wen Shan from the National University of Singapore, it may eventually expand to include other non-psychoactive compounds.

In the United States, the Federal Drug Administration has approved at least two drugs containing man-made compounds of cannabis.

One is a pharmaceutical product known as Marinol, which includes a synthetic version of THC called dronabinol. Another is Cesamet, which has a synthetically-derived ingredient called nabilone whose chemical structure is similar to THC.

The FDA is now widely expected to green light an epilepsy drug called Epidiolex that contains natural CBD. The advisory committee to the FDA voted to approve the product earlier this month and, if the organization follows the recommendation, Epidiolex will be the first prescription medicine containing naturally-derived cannabis in the world’s largest economy.